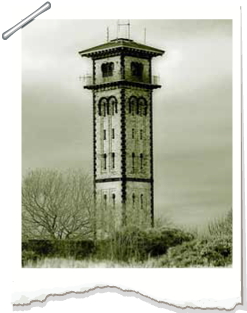 Cleadon is located on the old turnpike road (now the A1018) about half way between Sunderland and South Shields. Originally spelt Clyvedon, the name derives from the Anglo-Saxon words 'clif' and 'dun', meaning 'hill with cliff', but archaeological evidence suggests that people have been living here for thousands of years.

The village sits at the northern end of the Magnesian Limestone Plateau, a broad triangle of land stretching along the east coast from the Tyne to Tees and inland to central Durham, laid down in the Permian Period almost 280 million years ago. The geology of the area gives a distinct character to the landscape and has influenced the development and fortunes of the communities that have made their home here. It has formed a rich and diverse habitat with a wide range of flowers, birds, insects and other wildlife, including rare species like the Wall Brown Butterfly.

This website has been produced as part of the Cleadon Village Atlas, a two year project aimed at bringing together the local community in an exploration of the geology, archaeology, history and ecology that makes up Cleadon's unique story. You can find out more about the project and download your own copy of the Atlas from the 'Atlas' section.

The Cleadon Village Atlas project was funded by the Limestone Landscapes Partnership, administered by the Heritage Lottery Fund.